Paparazzi dream of photographing Liam Hemsworth nude and hunting him everywhere. So far, they have managed to photograph his shirtless, and Liam Hemsworth’s nude chest looks very hot!

This hot guy starred in two of the biggest box office hits, The Hunger Games and Expendables 2, and others. His first acting job was in Australia’s popular TV series Home and Away. By the way, before deciding to become an actor, he worked as a construction worker and laid wooden floors. And also Liam Hemsworth is obsessed with squirrels, after seeing one for the first time at Disney.

So, paparazzi managed to photograph this male celebrity in Byron Bay. This hot handsome guy had a great time swimming in the sea. His naked torso looked incredibly hot and sexy. It was impossible to resist the wide chest of Liam Hemsworth with small brown nipples. And everyone can envy his stomach with great abs cubes. The actor was in wet swimming trunks and everyone could see his huge bulge through them. Oh, this guy knows how to make everyone around want him! 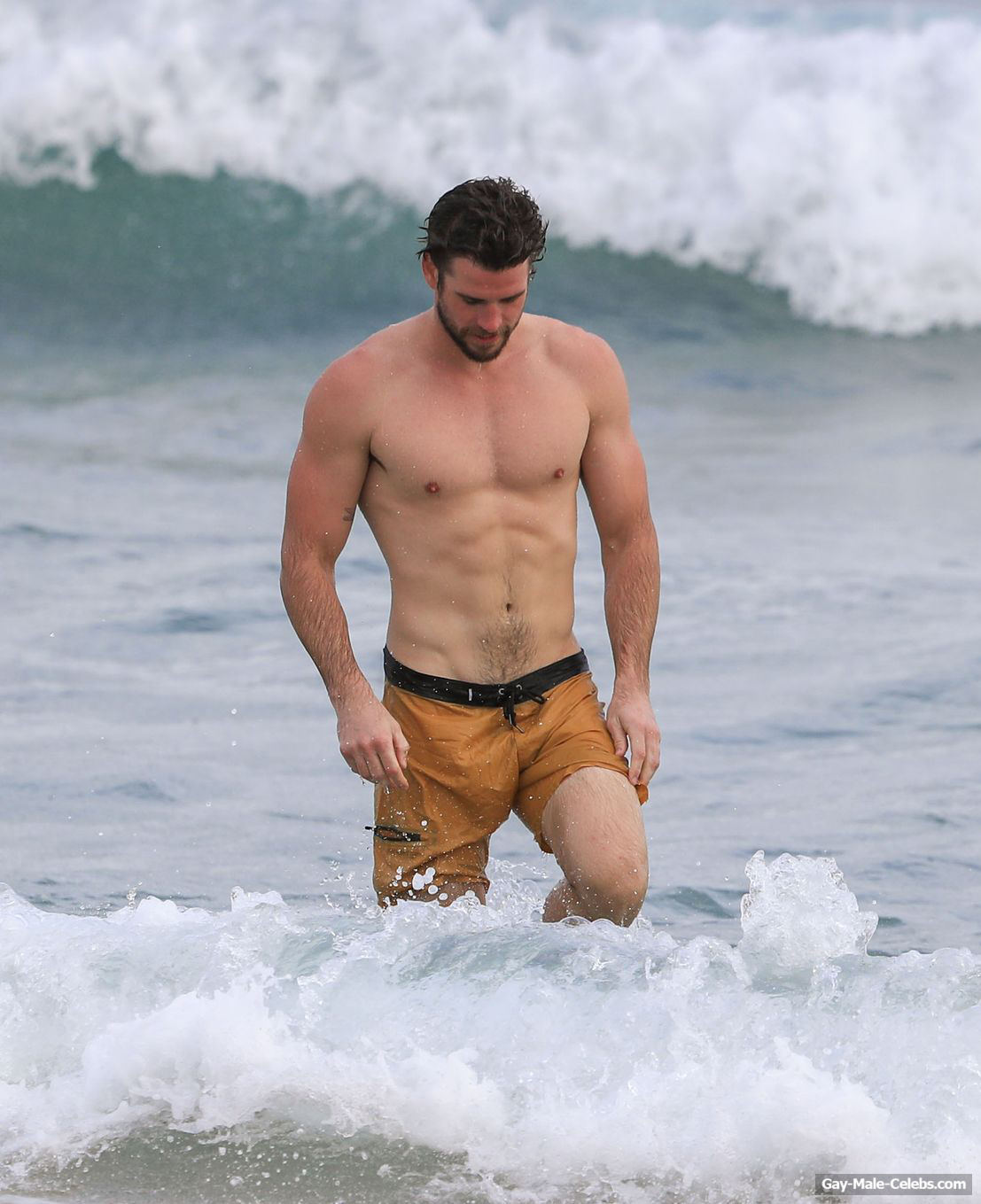 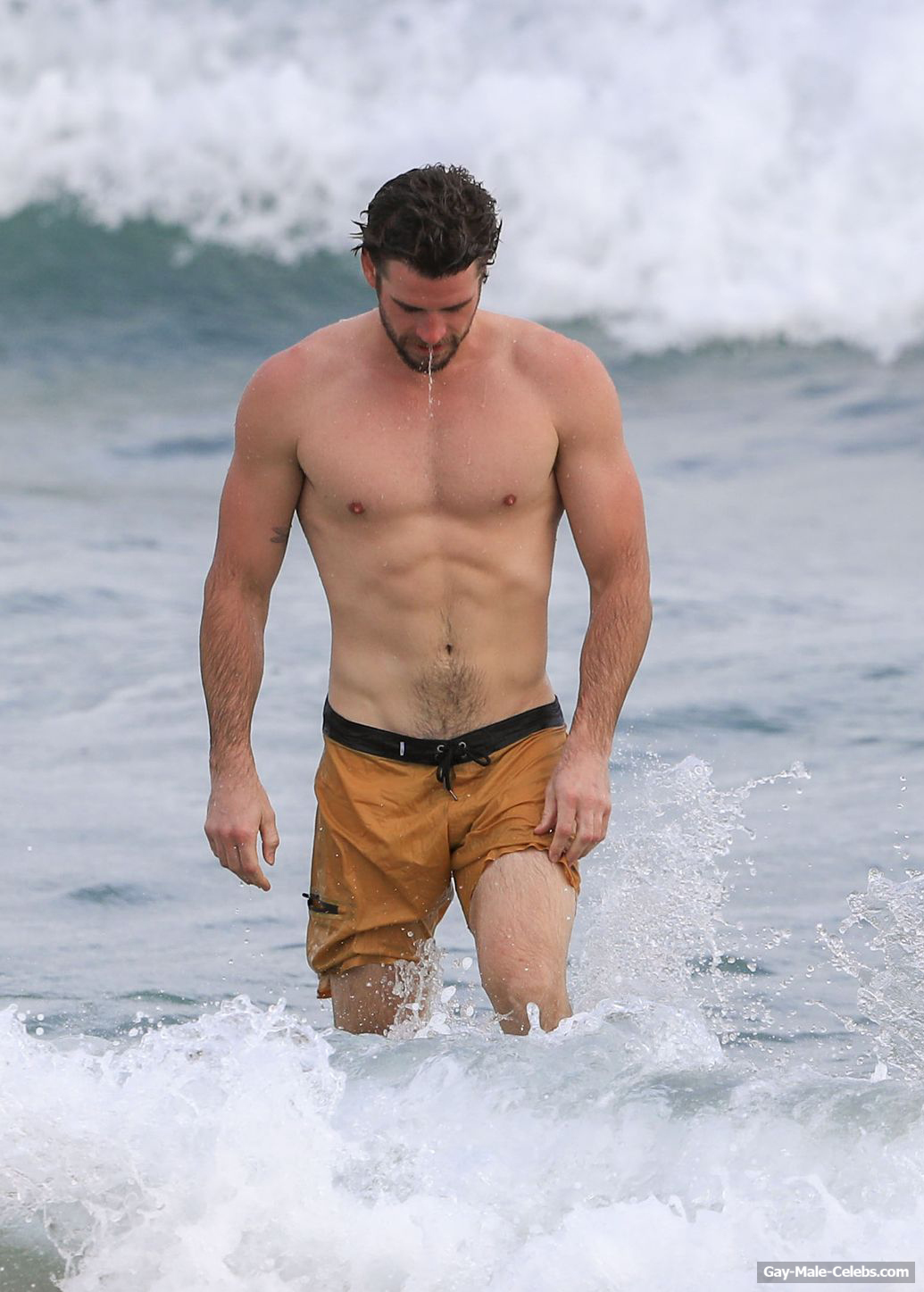 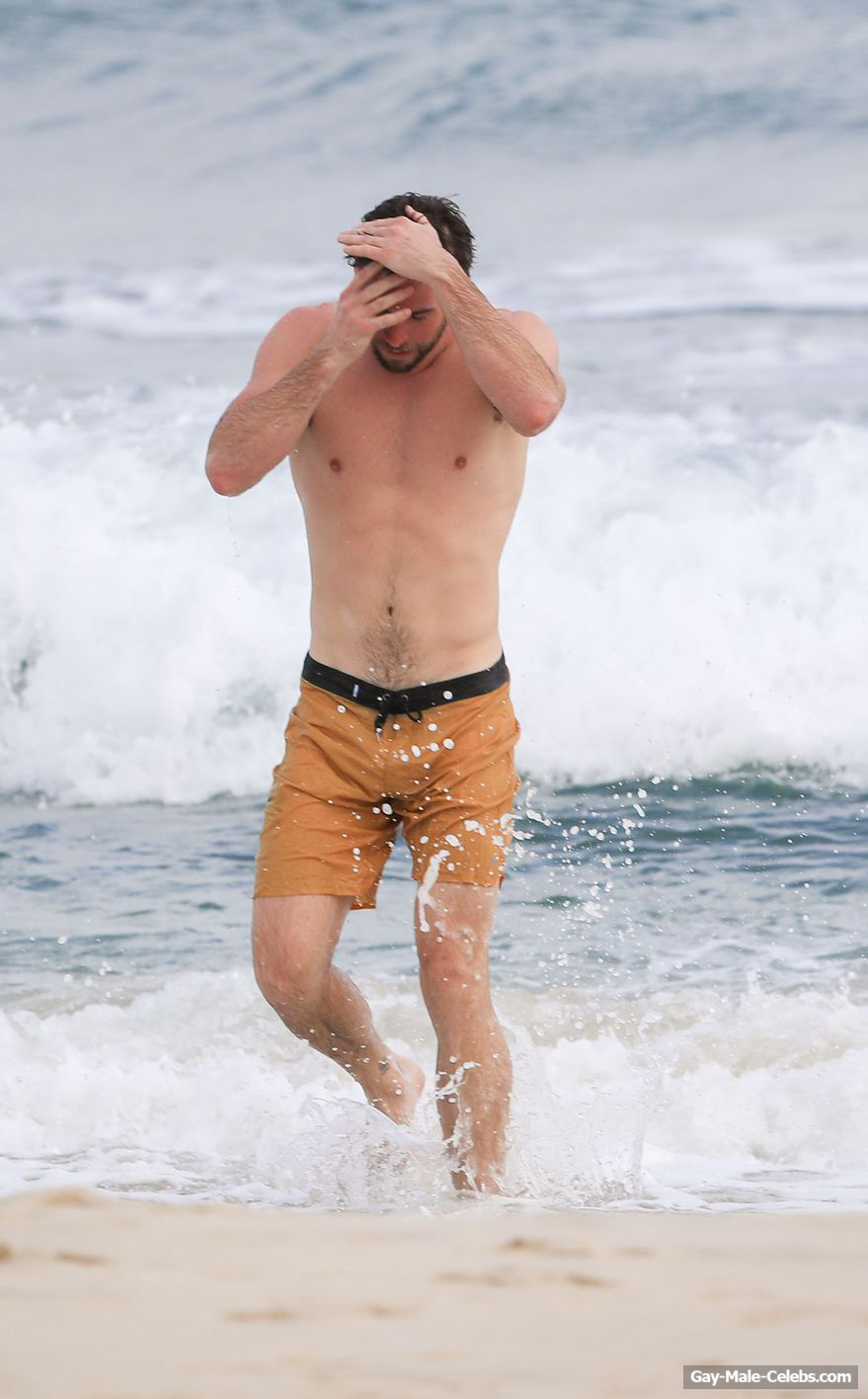