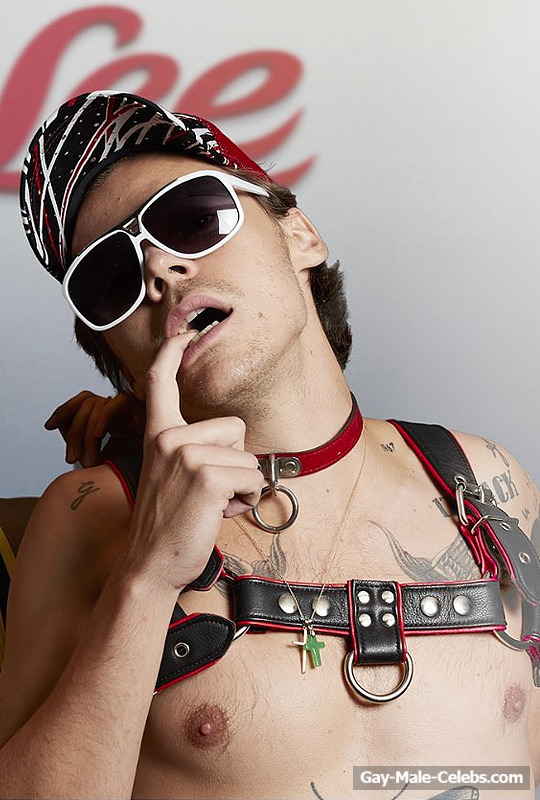 British singer Harry Styles loves to shock the audience with his appearance. He became popular after his appearance in The X Factor 2010. This male celebrity often dresses in very provocative outfits. So, he was photographed without a shirt when he sexually held a finger in his mouth. He wore a red and black cap on his head, and he was also wearing dark sunglasses. But the main focus was on Harry Styles nude chest. And this is not surprising, because it was all wrapped in leather black and red straps. A red collar also adorned his neck. Well, his hairy chest with large brown nipples looked very seductive and hot.

By the way, this handsome man often demonstrates his torso in photo shoots. For example, on one of the photo shoots he allowed to get tattoos on his body in the form of butterflies and birds. This male celebrity wore a brown unbuttoned leather jacket and looked very sexy. So now you can enjoy his muscular chest and awesome abs cubes. 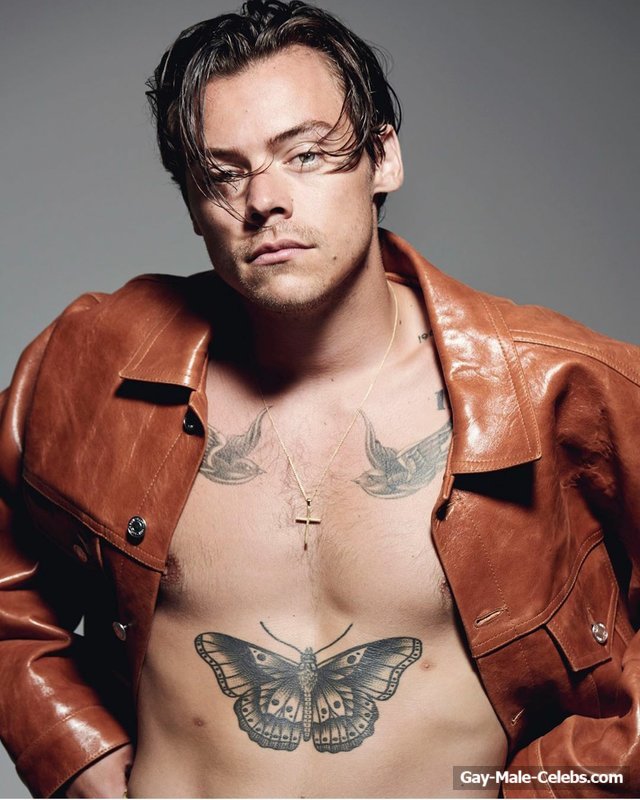 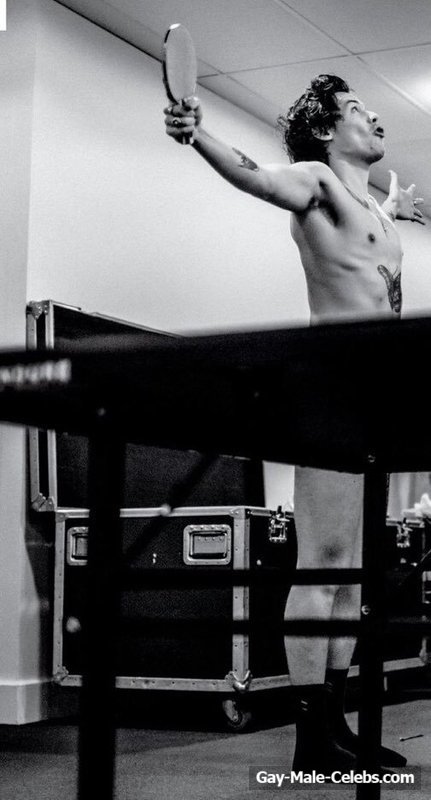 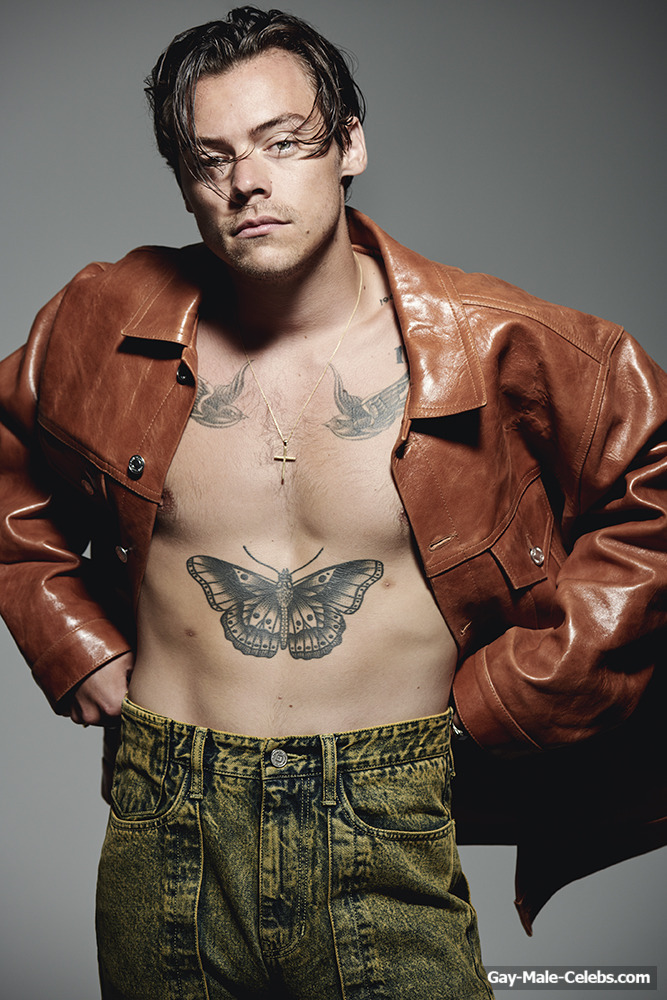 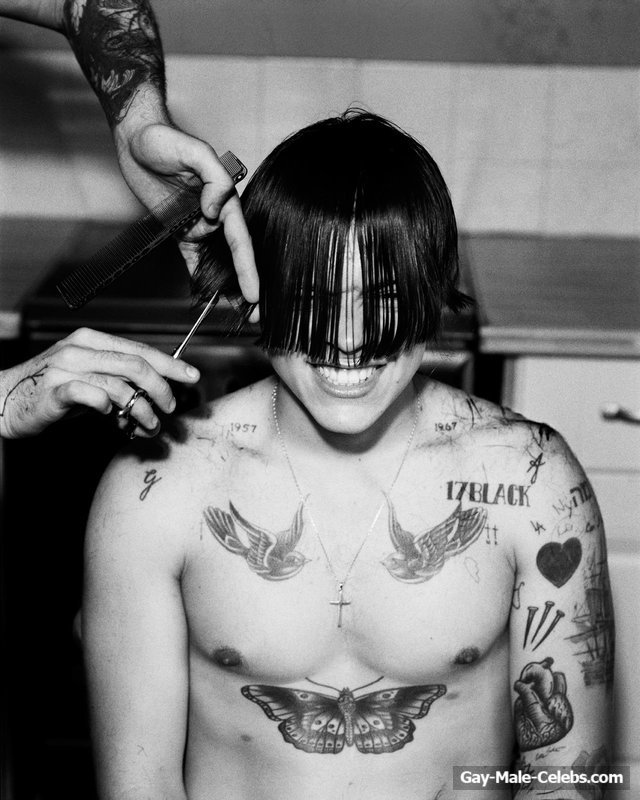 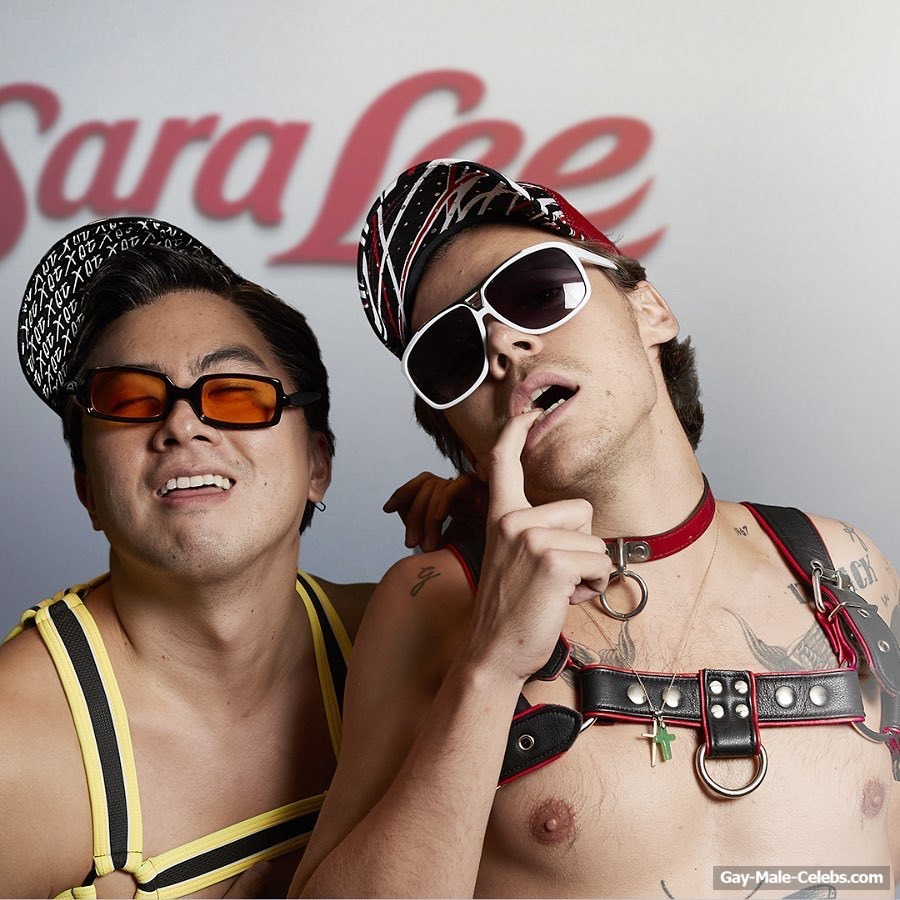